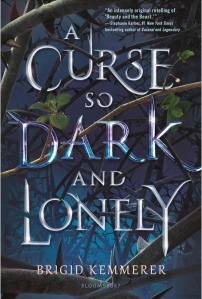 It once seemed so easy to Prince Rhen, the heir to Emberfall. Cursed by a powerful enchantress to repeat the autumn of his eighteenth year over and over, he knew he could be saved if a girl fell for him. But that was before he learned that at the end of each autumn, he would turn into a vicious beast hell-bent on destruction. That was before he destroyed his castle, his family, and every last shred of hope.

Nothing has ever been easy for Harper. With her father long gone, her mother dying, and her brother barely holding their family together while constantly underestimating her because of her cerebral palsy, she learned to be tough enough to survive. But when she tries to save someone else on the streets of Washington, DC, she’s instead somehow sucked into Rhen’s cursed world.

Break the curse, save the kingdom.

**REVIEW**
Disclaimer: This book was purchased by me, all thoughts are my own.

YA is a hit or miss for me. I tend to gravitate towards YA that’s geared towards the older end of the genre (think ACOTAR, AEITA, Monsters of Verity, Illuminae, etc). So when I went into this book, I was unsure which end of the spectrum it was going to be on. I quickly learned that the language structure is on the younger end of YA and so I couldn’t fault the book for not appealing towards my personal writing style. I only allow one star to teeter on my personal enjoyment of the book. With that being said… I had a HARD TIME connecting with this story, but there were parts I enjoyed.

This Beauty and the Beast retelling had so much hype! I pushed through because the plot intrigued me and there was one character, who to me, had depth and interested me. The MCs of the story including the villain felt one dimensional, I wasn’t invested in their storyline at all. There were many times where I had no idea what was going on and questioned the motives of the characters and what direction the story was going.

Things that worked for me (could be considered slightly spoilery):

Things that didn’t work for me (could be considered slightly spoilery):

Overall, I liked the book but I just don’t think it’s for me. I think my 14 year old self would have given this a 5 star review, which is perfectly fine as this is geared towards teens/YA! I will say, the ending DID hook me, I will be reading the sequel, A Heart so Fierce and Broken! I would recommend this book to my friends as an easy, book hangover cure!

You can order this book at Amazon, or search any retailer online or book store closest to you! Available now! 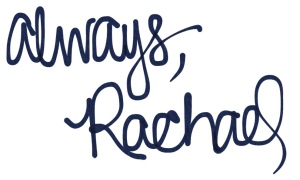